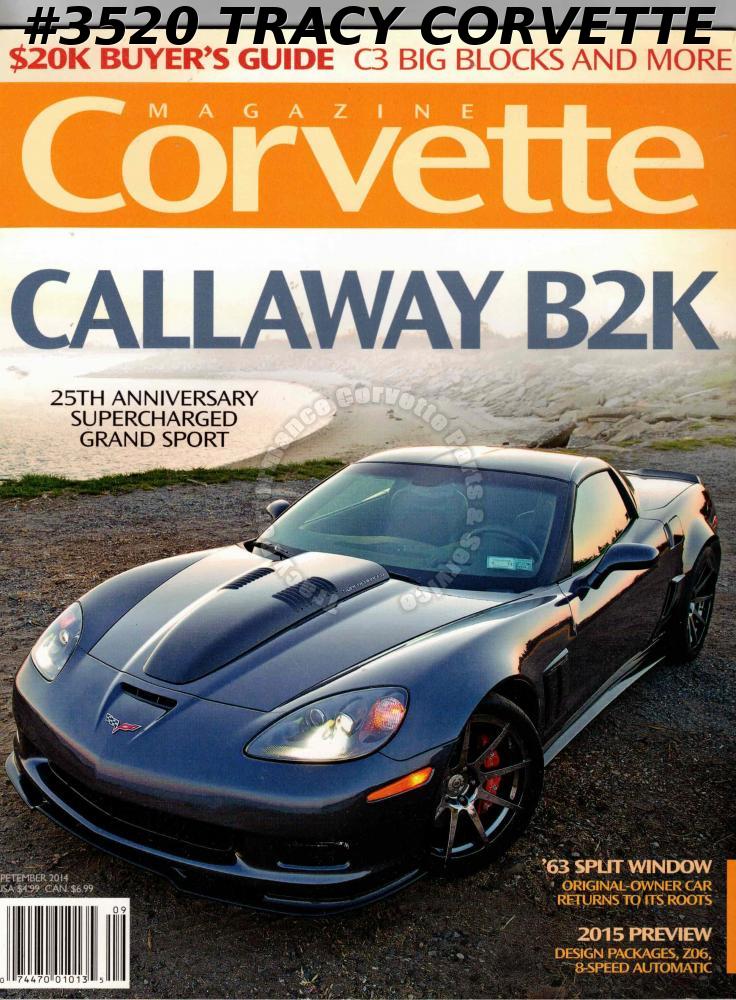 Grand Sport B2K - Callaway celebrated the 25th anniversary of its C4 Twin Turbo by building 25 supercharged C6s
1968 L88 Convertible - Drag-raced early on then stored for decades, this all-original big block has under 4000 miles
Buyer's Guide: $20K - We focus on the '73 big block, '96 LT4 coupe, '00 convertible, '03 Anniversary coupe and '06 coupe
1963 Coupe - The split window is one of the most-coveted Corvettes, which explains why this owner's had his since new
Frank Winchell - In the mid '60s Zora Arkus-Duntov's engineering hegemony at Chevy was challenged by Frank Winchell
2015 Preview - At the NCM's Bash, Chevy showed two special-edition packages and discussed what else is new for 2015
Stingray Body Shop - We look at how the 2014 Corvette's aluminum frame is constructed and assembled at Bowling Green
Racing: The Turnaround - After two disappointing races, Corvette Racing wins both the Long Beach and Laguna Seca rounds