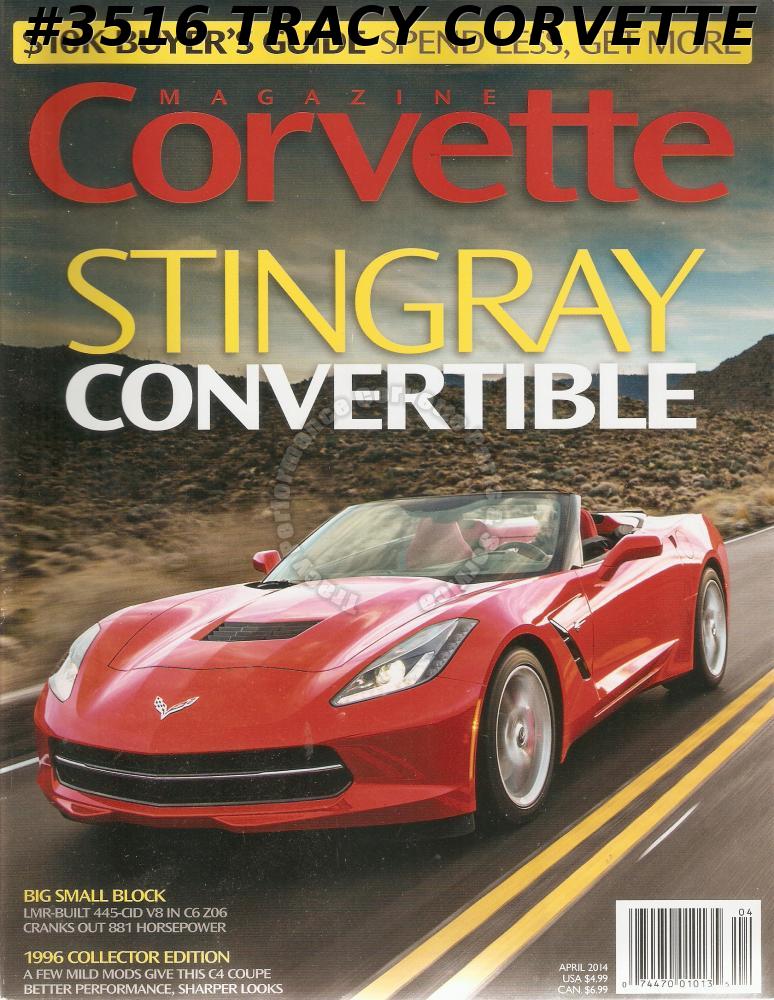 2014 Convertible - We drive the new Stingray droptop in Palm Springs, and it proves to be just as impressive as the coupe
881-hp '07 Z06 - There's no replacement for displacement, as this normally aspirated, 445-cid LMR-engined C6 proves
Buyer's Guide: $10K - Ten grand gets you a lot of Corvette, from average '73 coupes to pristine '88 Special Editions to early C5s
David Grove - A well known illustrator, David Grove owned a '53 Corvette for over 50 years, as well as a '64 and a '69
1965 Big Block - Painstakingly restored by its owner, who happens to be an engineer, this 396 coupe is now nearly perfect
1996 Collector Edition - Sporting a dealer-upgraded LT4 engine and various go-fast parts, this is one spirited C4
John Fitch - In the 1950s, John Fitch played a seminal role in putting the Corvette on the international racing map