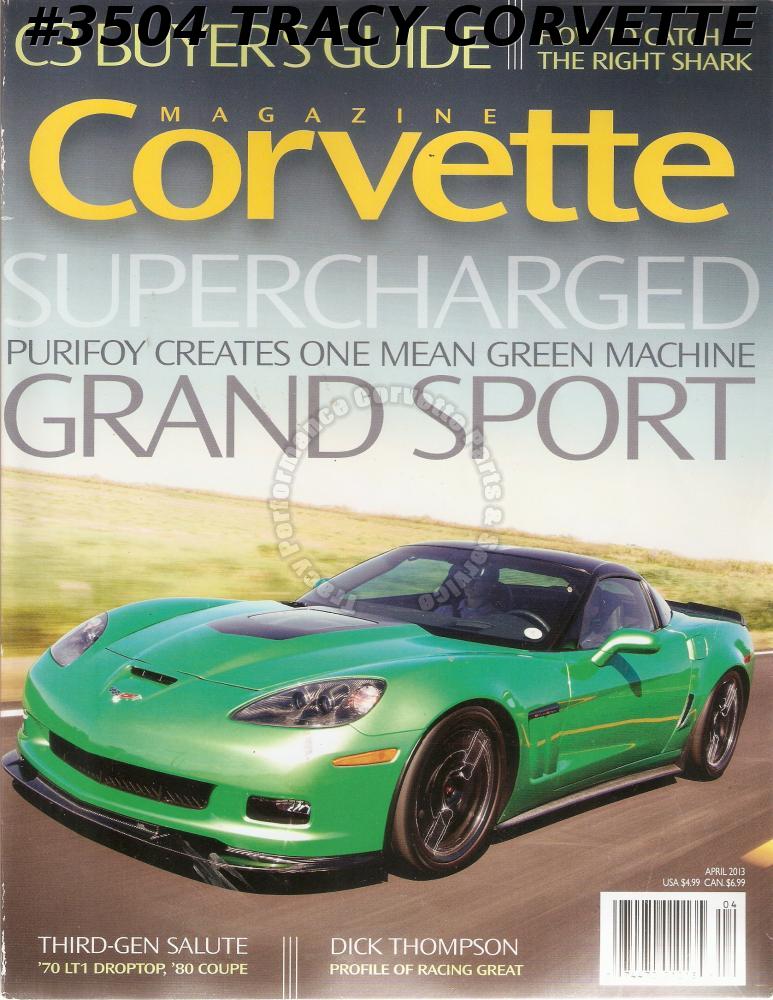 Supercharged GS - We go along for a ride with Rollie Purifoy in the Grand Sport coupe his Chevy dealership modified
60th Anniversary Salute - With the C3 up to bat in our year long celebration, we focus on a 1970 LT1 droptop and an '80 coupe
Buyer's Guide: C3 - Shark prices continue to creep upwards, though plenty of models remain relatively affordable
1957 Fuelie - With a 283-bhp fuel-injected V8 and understated bodywork, this 1957 is a shining example of the C1 breed
Grand Sport Roadster - As with the 1963 race car upon which it's based, this GS replica is powerful, lightweight and rare
Richard Thompson - The Corvette became an icon thanks in part to the racing prowess of this mild-mannered dentist
Targa Tamed - The removable tops on C6 coupes are notoriously squeaky; we show you how to stop the noise
Aerodynamics - We trace the history of the Corvette's aerodynamic development from the 1953 model through to the C7
Split-Window Funny Car - Wanting a drag-race fast 1963 that was also streetable, this owner created a Corvette essentially from scratch