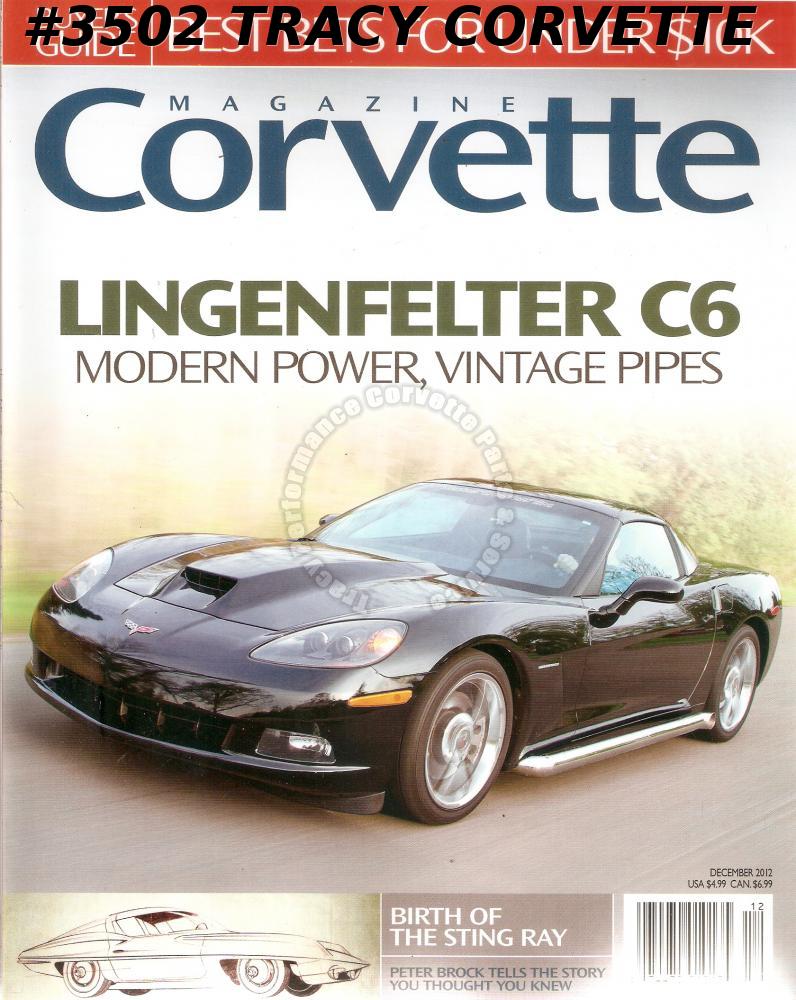 2010 Lingenfelter Coupe - In addition to its 630-horsepower engine, this C6 is noteworthy for its pair of shiny sidepipes
Sidepipe Primer - We tell you everything you need to know about Corvette sidepipes, from their history to how they function
1966 Convertible - This breathed-on big block may not please Corvette purists, but that doesn't bother its owner one bit
Buyer's Guide: $8K - It's getting harder to find C3s for under ten grand, but plenty of fine C4 are available at this price point
1990 Coupe - Our own Barry Kluczyk went in search of a used Corvette and found a screaming-yellow bargain
Ramjet Injection - The Rochester fuel-injection system that debuted in 1957 was a complex device; we explain its intricacies
1971 Big-Block Coupe - The original LS5-spec 454 had a modest tune, but the one in this Corvette has been cranked way up
Sting Ray Styling - Peter Brock explains the secret Sting Ray Racer design project, and how it influenced the 1963 production car
Racing: Mid-Ohio - Corvette Racing returned to the victory circle just as an old nemesis, the Viper, made its comeback