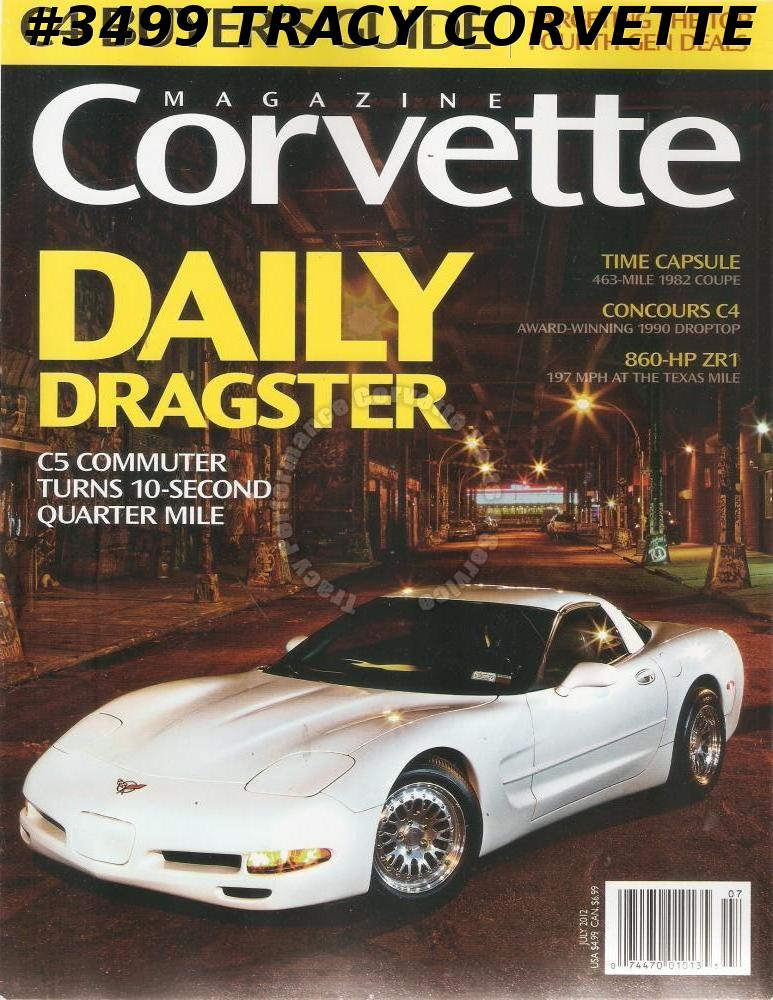 1998 Coupe - A high-mileage C5 is transformed into a daily commuter that can run a 10-second quarter mile
1990 Convertible - C4s aren't usually associated with NCRS judging, but this droptop has been lavished with awards
Buyer's Guide: C4 - The fourth-gen Corvette has long been known for its affordability; today, it is even more of a bargain
2009 ZR1 - Lethal Performance modifies a Corvette ZR1 with the aim of hitting 200 mph at the texas Mile
1963 Coupe - Demolished in a crash, this '63 seemed destined for the junk heap; its owner had a different idea
1954 Test Mule - Before installing its new V8 in the '55 Corvette, Chevy tested it in a '54 - a car that still exists today
Run Flat Tires - Since their debut on the Corvette in 1994, run-flat tires have improved, thanks to ongoing development
Two 1982 Coupes - If you think 21,000 miles is low for a third-generation Corvette, how about a mere 463 miles?
Racing: Jan Magnussen - The fiercely competitive Danish driver has been a core part of the Corvette Racing team since 2004