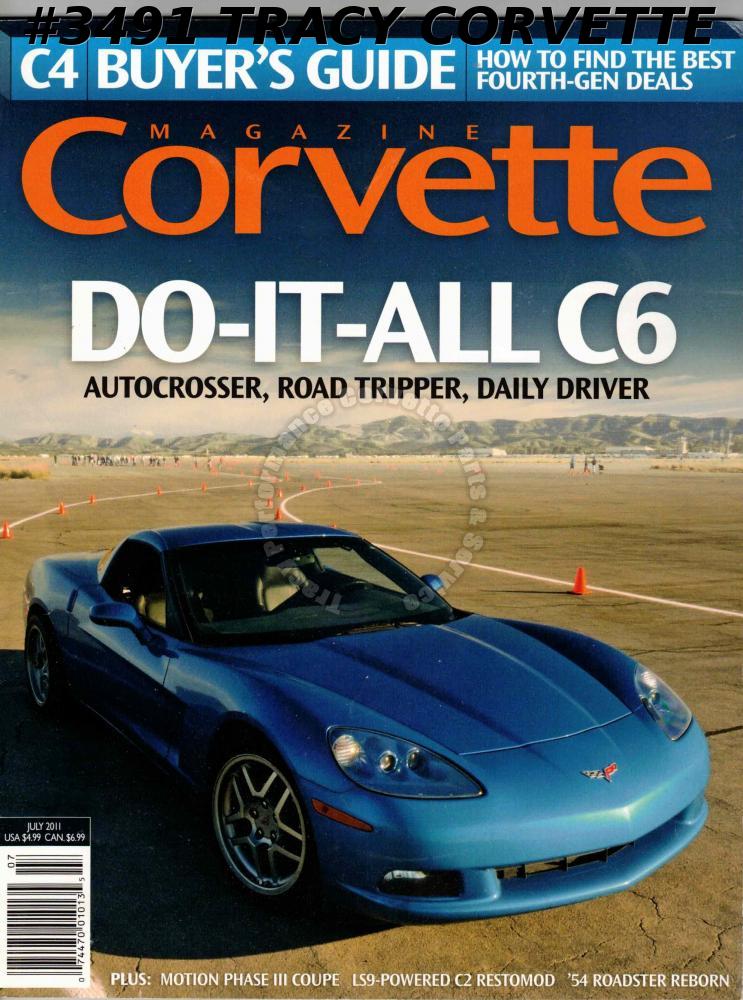 2008 Coupe - The Z06 and ZR1 garner most of the sixth-generation attention these days, but the standard C6 deserves a share of the spotlight
Baldwin-Motion Phase III - The original of this '69 coupe sold it in 1970, then spent decades wishing he hadn't-now he's got it back
Market Report: C4 - With a 13-year production run and lots of different models and options, the fourth-gen Corvette offers buyers lots to choose from
1992 Coupe - Want a high-performance sports car for an absurdly low price? A 300-horsepower LT1-engined '92 Corvette is a great car to target
1965 Restomod - With a mid-year convertible body, C4 suspension and a ZR1's super-charged V8, this restomod is truly a dream Corvette
1954 Roadster - Painstakingly restored, highly original and beautiful to behold, this red-on-red first-generation Corvette is a prized possession
Tech: New Big Block - GM Performance Parts has breathed new life into its big-block offerings by designing a thoroughly revised casting
1967 Small-Block Coupe - Finding an unrestored mid-year in good condition is rare, which is why this owner jumped at the opportunity to buy one
How To: C6 Appearance - By installing carbon-fiber headlights, blacked-out taillights and a carbon-fiber hood, C6 owners can make their Vette stand out
Racing: Sebring - Each year, the American Le Mans Series season kicks off with the most brutal race of the entire year - the 12 Hours of Sebring