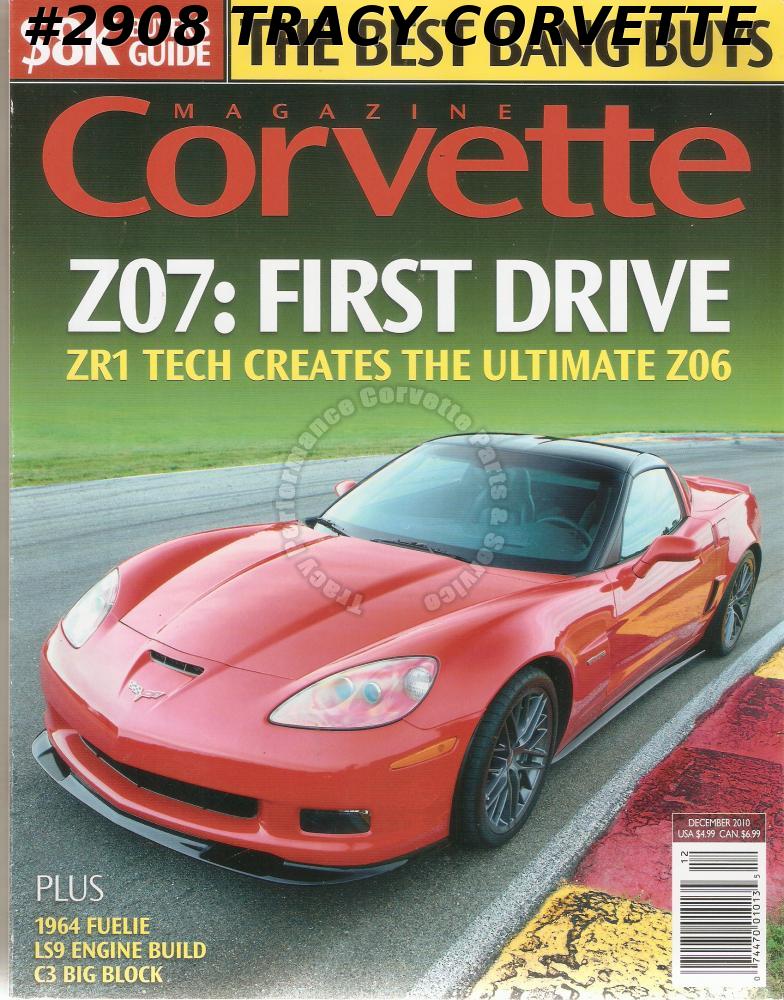 Corvette Z06 Carbon Limited Edition
1964 Coupe - A Rose by any other Name - A '63 Z06 is one of the most-coveted Corvettes of all time. Though this '64 lacks the Z06's split rear window, it has all the same go-fast goodies and is even rarer
Best Buys for $8K - It's hard to believe how much car one can get for under $10 grand, and there are plenty of these bargain Corvettes to be had
1959 Roadster - After being raced hard, this C1 was left for dead; its painstaking resurrection has earned it the top awards a Corvette can garner
Performance Build Center - We visit the Wixom, Michigan facility and follow the hand-assembly of an LS9 from start to finish
1968 Big-block Coupe - Corvettes are rare in Great Britain, but the chances of seeing an early big-block C3 are almost infinitesimal
1966 Coupe - Having been mesmerized by the sight of a '66 Nassau Blue coupe as a boy, one enthusiast had to have one as an adult
Racing Report - It's been a rough American Le Mans Series season for Corvette Racing. We revisit the Lime Rock, Miller and Mid-Ohio rounds
How-To: Tie-Rod Ends - We show you how to replace worn-out tie-rod ends on fifth and sixth-generation Corvettes; track-day drivers take note