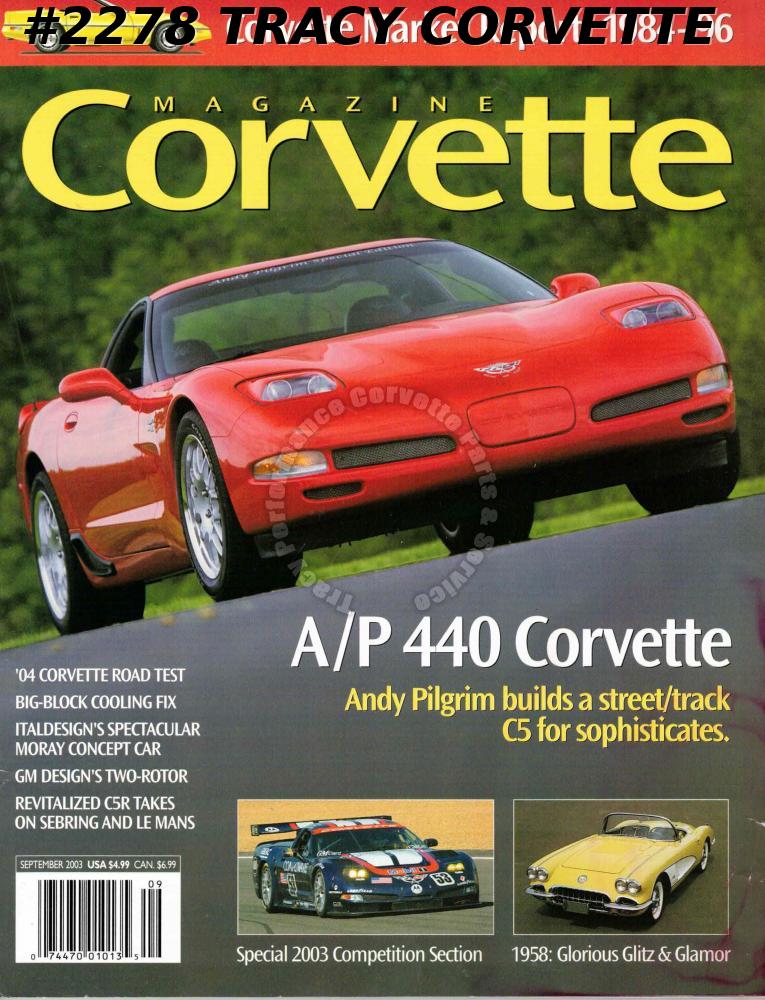 One More Time with the final year for the fifth generation, chevrolet finds one more good reason to celebrate corvette history with paint

Tougher than Woodpecker Lips they said the C5R was competitive no longer an offseason of tweaks and 12 hours later, they were wrong

Eye Candy - a corvette connoisseur combines a rare color, a uniquely trimmed vintage, and 1000 hours of restoration to create some rolling sculpture

2003 Amelia Island Concours racing vets, showcars, and all the Grand Sports in existence mix with buckets of rain at a bayou ritz-carlton

Hip, Hip Moray italdesign's young direttore paints an homage to the classic corvettes of the Mitchell era using his own daily driver as canvas

How to maintain your cool put a big motor into a little corvette engine bay and temperatures are sure to rise. Richard Prince solutions