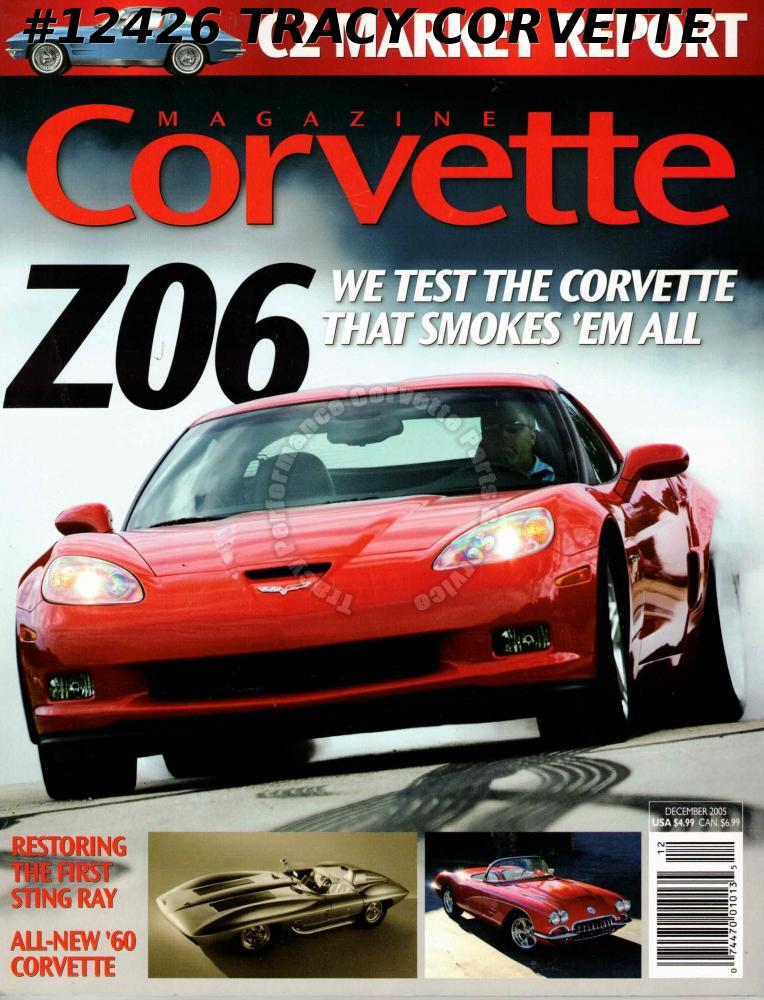 After a long year of rumors and promises, the Z06 enters the clash of the titans meaning we get the fastest corvette ever made

Grand Illusion he kept checking the classifieds, but that bargain priced '63 grand sport never showed up. time to fire up the torch and start building

Saving the Sting Ray what do you do with a priceless historic artifact that wanst to be out burning rubber? ed welburn says fix it and turn it loose

The C6 corvette was expected to be window dressing for the competitive speed world challenge's stock class. then it started winning

Grand Ambitions II: Going Racing when zora's factory-built sting ray specials hit the track, their sprint was against cobras and gm's own clock

The Coachbuilder's Corvette graceful italian curves and burly american underpinnings made for a brute in a fancy suit. marty schorr shares his grifo

Making Kingpins fixing early-corvette kingpins doesn't require a trained mechanic. according to the tech nerd, a blacksmith is more like it